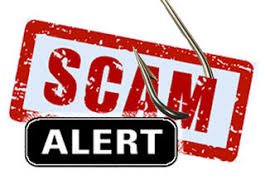 As with everything in life, people are always looking for a “Magic Bullet” that will get them where they want to go quick or faster.  The “Get Rich Quick” schemes scam millions of people into attending seminars selling just about everything.  Diet fads come and go along with new “In Home” workout gear that will get rid of your belly and give you 6 pack abs nearly overnight.

People looking for a “Magic Bullet” often fall prey to those selling them.

In the charity and non-profit world, I see this all the time.  Between software that allegedly will make your life easier, to counterfeit autographed items from Musicians and Celebrities that no one else in the world has and also to direct mail campaigns.

Then there are charities who ignore the “tried and true methods” of fundraising because they are convinced that those are wore out.  They often spend an enormous amount of work and lose hundreds of thousands of hours wasting their time to profit very little.

Just like “Get Rich Quick” schemes never pay off, neither do the fundraising fads that
will make you more money and your life easier.

The real charity fundraising “Magic Bullet” is hard work, determination and more importantly – TIME!!!  No one, not even me, can show up to a first-time fundraising event and somehow make your charity millions.  Charities and Non-Profits will often compare themselves to well established, centuries old charities who have been in existence for a very long time.  They will believe that if done correctly, they will fundraise the same amount as those non-profits do – WON’T HAPPEN!!!  Then when they do not raise a very large amount of money, will drop anything they are currently doing and begin again with some other plan.  When along they should know they have to stand in the fundraising trenches and build on what they have. 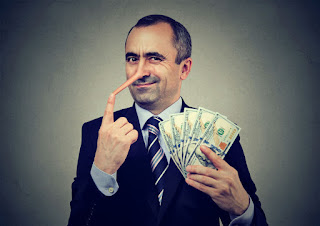 Yet another method is, they will easily fall for a company promising that a direct mail campaign will raise them millions.  Then the hammer hits, the direct mail company wants an enormous fee and then wants you to provide the names for them to mail too.

Recently, I sat through a sales pitch by a fundraising software company with one of my clients.  Because I’ve been around the block about 1,000 times in 12 years, their “Magic Bullet” tactics stood out like a sore thumb.  With my client being the President of a 2 year old charity, he had no experience and they knew it.  They showed him an “Example” of their software along with “Examples” of Sponsors such as Coca Cola, Google, McDonald’s etc.  They showed insanely successful auctions raising hundreds of thousands of dollars.  He fell for it hook, line and sinker and bit hard.  I could hear the salesperson slobbering over the phone at the monster commission she was about to get.  But then, there was me, a fundraising wolf in sheep's clothing standing beside him.

But what they failed to tell him, which I did was simply this.  We will call him “Bob” – I said “Bob, you know all that incredible stuff there shown in this presentation?”  He said “Yes and we want them too.”  I said “Well Bob, those are only examples and not real at all.  This company is using those brands and logo’s just to dress it up.  In fact Bob, you have to look at this software like going to a restaurant for dinner and you have to buy your own food, cook it and then the restaurant sells you the plate.  You or we have to do all the work.  This software is just that, an empty slate.”  “Oh” in a down voice he said “So they don’t give us these people at all?”  I said “No not at all, in fact, they don’t help us advertise it or get anyone to bid – OR – provide all those beautiful auction items – we must do everything.”  Well, that ended quickly with the salesperson wondering who in creation I was.

In closing, the charity or non-profit fundraising “Magic Bullet” is simply “hard work, determination and time.”  Plus educating you and your charity on the current fundraising trends that seem to change day to day.  Don’t fall for “Magic Bullets”…the only thing that will make you rich takes years of dedication and commitment.

Just put in the work.

Posted by bwunlimited at 1:34 PM