The “Reality” of Donated Items: What is the true value of donated items? 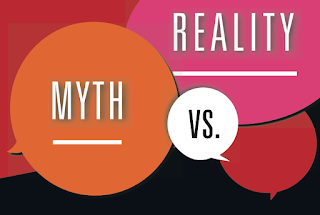 Before I give you the answer, just imagine these facts:

#1 – Today there are 104 million registered U.S. Non Profits – many have charities which could be considered sub-charities for which there are at least 50 million.  Adding those into the 104 Million, we are now up to 154 million, and then consider the “Benefit” events.  A “Benefit” Event is when a group of people organize a fundraiser for a specific cause which is NOT a charity such as storm damage, illness of a child etc.  Adding these “Benefit” events, we are now nearly 200 million charities or organizations across North America holding fundraisers.

#2 – The U.S. Census reports that there are 27.9 million small businesses in the U.S. with a total of a little over 65 million total businesses.

These are facts reported by the Small Business Administration, a part of the U.S. Government – you can find these facts by simply running “How many businesses are in the U.S.” on Google.

Comprehending and fully understanding what this means is that for every business – there are a total of (3) more charities.

Each one of these businesses are owned and operated – 27.9 million are small businesses.

Let’s pause for a minute – as you can already agree, the number of charities compared to the number of businesses (especially small businesses) are staggering, don’t you agree?

However, here is the reality – most charities across the United States still believe that fully donated items are the only way to hold a successful event.  They believe that businesses should fully donate items because they are deserving – which they are.

Here is the myth – Charities believe that fully donated items are 100% free and that they will either raise 100% of the value of the item and again, that this is the only successful method fundraising and that utilizing items they have to “Pay” for is unsuccessful.

Hold on – here is where you won’t want to hear the “Reality of donated items and their true value.”

This video is a client in Twin Falls Idaho speaking about the "Reality of Donated Items" - This is not us saying it, it's a charity!!!

The reality is, businesses across the country are BOMBARDED by charities requesting they donate items for their charity fundraiser.

***BW Unlimited LLC. did a comprehensive 3 year study comparing the success rate of donated items while also interviewing well over 500 business owners about this topic.

The reality is this – business owners cannot possibly donate to every single charity, organization or group who asks for a donation.  Many companies have put “Stop Gaps” in place to deter or defer these requests.  They use the method of telling these groups to go to their website, fill out a form or provide them a form and it will be sent to their corporate office who will determine if they will donate.  They know that 80% of people will not complete the task and it also allows an entity away from their business to say “No.”  It’s simply a “Brush Off.”

Charities are still repeating the very old but untrue statement of “It’s tax deductible” when the reality is that businesses can only claim 30% of their donations and after that…they are losing money.  That statement is simply FALSE.  This changed when President Obama changed the tax laws.

Consider this as well – A local charity is hosting a fundraiser in a local place with local people attending the event.  If the guests wanted those items, they would have gone and purchased them themselves.

Common items you see in every charity fundraiser are – Gift Certificates/Gift Cards and Gift Baskets.  However, ask yourself these questions and answer truthfully:

#1 – Have you ever bought a Gift Certificate – for yourself?  No.

#2 – How many Gift Baskets did you give to your family or friends for the Holidays?  No.

The 3 year study proved this to be true.  The reason these items are not successful in charity events is based on the very first word in their description “Gift.”  People purchase these items to give as “Gifts” but not for themselves.

Donated items, across North America, are only bringing 1/8th to 1/4  of their retail value.  At the very most, very uncommon, will bring 50% of their value.

If you are the charity, deduct the time and fuel costs to get these items.  If you are being true to yourself and being open minded, are these items “Exciting” or do they appear to be like a “Yard Sale” without a theme?

Simply put ladies and gentlemen, if you still believe donated items are the best way to raise money, you are unequivocally mistaken.

Then add in this – Rarely do business owners donate anything of great value.  If they do, they are most likely a part of the charity.  However, (This is a very real scenario and we have witnessed it first hand), imagine when the item that they donate does not raise 50% of its value, what does that say about the business who donated it?  It actually “De-Values” their store and their items.  We have witnessed donors get up in anger and leave the fundraisers.

I know you’re asking me this question now “So are you saying donated items are bad?”  No, not at all – but there is a way to ensure they are successful and still bring 100% of their value if not more – Raffles.  Raffling donated items ensures full value since everyone will purchase a raffle ticket.

Another common mistake that charities continue to do is to use the same donations year after year.  The very first year, the item will bring it’s maximum bid, the next year the audience gets smaller and smaller which means less and less money is raised using the item or items.

To summarize – please understand the facts surrounding the “True Value of Donated Items” and the reality of charity fundraising before you make an assumption or a mistake with your next charity fundraiser.

If you would like our help maximizing your next charity fundraiser, raising above and beyond your goals – contact us, we would love to help you.  Understanding the “Reality of Charity Fundraising” is part of the road to your success.


Posted by bwunlimited at 4:09 PM No comments: 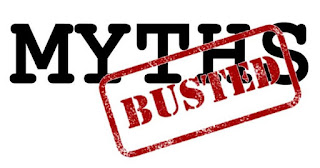 To prove this is a myth and/or a mistake, answer these and see if it makes sense:

The answer to all of these questions is "Yes." So why then when making the most important decision about the items which will raise them the maximum amount of money have to be donated or free?

✔ Without checking the reality of the bids, isn't it true that charities never go back and check the winning bids on the donated items in comparison to their retail values?
Does that make sense? It's common sense here.
✔ Do charities track what the "Free Items" actually cost? They sell for 1/4 of what they are worth, many don't sell at all, the time it took to get donated items plus the fuel expenses?
✔ Charities who believe this is a wise decision further decise to agree to major expenses up and to the point when the most important part, fundraising is at play. They pay for everything else but the items they need to raise the money with.
✔ The Answer - A (3) year intensive study across the United States proved that donated items only bring maximum bids of 1/8th to 1/4 of their retail value and many do not receive bids at all.
✔ Charities host local events, with their guests are from the same area with items donated by local businesses.
✔ The facts are that if the guests wanted those items, they would have gone and bought them theirself.
✔ During the study, 175 business owners were questioned about their donation habits: All reported that they are repeatedly asked for donations and can not give to everyone. If they do donate an item, it is something that is not selling in their stores.
These are facts, this is reality. So why then do charities believe this is a profitable way of fundraising?
If you would like our help or would like to contest this, please comment below or contact us at www.BWUnlimited.com.
.
.
#fundraising #charityfundraising #charity #fundraisingsuccess #auctionitems#charityauctionitems #auctionitem #bwunlimited#bwunlimitedcharityfundraising #instagood #nonprofit #charityauctionitem#nonprofitorganization #nonprofitorganizations #myth #mythbusted
Posted by bwunlimited at 7:20 AM No comments: