How to attract large Financial Sponsors

When explaining the “Reality of Charity Fundraising”, I try to use an image that most can imagine.  One of the most frequent questions I get from our clients is this:  “How do we get major Financial Sponsors?” 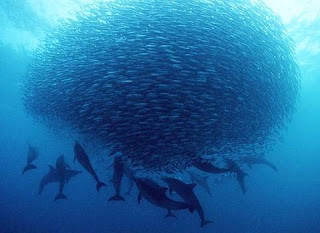 As with most things involved in charity fundraising, we first have to get around sediment and understand reality since there are many “Charity Myths.”  The charity myth involved here is that major financial sponsors do so because they love the charity’s mission.  That’s partially true because some may love your charity or it’s mission but the vast majority are attracted by what I am about to explain here.

To begin explaining, I like to provide something “Visual” which most people are familiar with.  Imagine a ball of small fishing out in the ocean.  You may have seen one on TV, when the school of fish feel like they are going to be attacked by predators, they begin to swim in a tight ball.  That “Tight Ball” of fish represents the guests at your event. 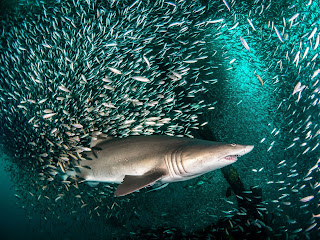 The ball attracts large, predatory fish such as barracuda’s, Tuna, Dolphin and then Sharks which feed on them all.  The predatory fish ranging in all sizes from smallest to largest (sharks) all feed on the ball.  They quickly dart through it with their mouths open gobbling up as many as they can.  These “Predator Fish” represent Financial Sponsors of all sizes ($1,000.00 Sponsors , $2,500.00 Sponsors, $5,000.00 and finally the $10,000.00 plus Sponsor – The GREAT WHITE Shark).

With your guest’s numbers being high, the sponsors are attracted to them in hopes to advertise to them.  Remember, all your guests are in one place at one time, what better way to advertise to a businesses target market.  Like ball of fish being fed on by the larger fish, the one thing that will and does attract larger financial sponsors is simply “Advertisement capabilities.”

Ask yourself this – does it matter that the Financial Sponsor loves your charity if they are writing you a check for $5,000.00 check?  I would hope you would say absolutely not.  The donated $5,000.00 can be used to fulfill your charities mission.

As a real life example, I told one of our many clients that potential major financial sponsors will not care about where their money is going to or what it will be used for.  He later said and I quote "George, when you told me that I felt so angry I wanted to punch you in the nose.  But after we landed over $100,000.00 in sponsorships, do you know how many asked me where the money was going?  Not one.  You are right and I would have never believed it."  This same client one evening received a $5,000.00 sponsor and posted a their logo on Facebook announcing it.  The very next morning, the sponsors competition called asking about what they gave to our client and in response, said "Come over and pick up a check for $5,000.00" all based on competition and advertisement. 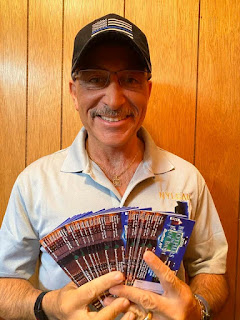 Just this morning, I was speaking with Tony Lebron, our client from the New York Law Enforcement Assistance Program.  Tony said he is living proof that it works.  He posted a photo of him picking up a Sponsor's check on Facebook and in the comments, another person asked to sponsor too.  It just works!!!  Tony is living proof.

So with that in mind, prior to beginning to seek large financial Sponsors, you must prepare a “Sponsorship Package” which includes advertisement/marketing of the sponsor.  The higher they sponsor, the more advertisement/ marketing they receive.  Think of the many different ways you can provide marketing of the Sponsor both outside of your event and inside then put it together in package at different levels.

If you would like to learn more about how to attract major financial sponsors or how to build sponsorship packages, contact us at www.BWUnlimited.com, we would love to help you.

Posted by bwunlimited at 9:55 AM No comments: