Charity Spotlight on Cliff Richards Jr., President of the Hale Foundation: The true example of how to care and support your supporters.


Over the nearly 13 years we, BW Unlimited Charity Fundraising, have been helping guide charities and non-profits across North America on how to plan and host a large scale highly profitable fundraising event, one of the areas which we heavily believe in and attempt to teach our charity clients is how to attract and support their Sponsors and Donors.

Over the 27 years we have been involved in fundraising, we have seen time and time again how various charities receive either major financial donations or large-scale financial sponsorship's, yet they do either very little or nothing to support or promote their donors and sponsors.  Often, when someone donates, they don’t even go back and look to see if their use of the item was successful – they just accept whatever monies come in and move forward never looking back.  Also, they routinely don’t think of the when it comes to use of the items even when the donor is in attendance.  They must always protect the donors above and beyond all things.

So, when I see someone do something that goes against what 99.9% of our clients do as well as other charities, I am both blown away and incredibly impressed. 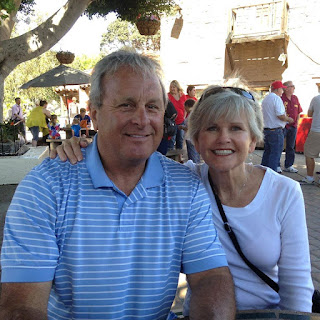 Over a year ago, I met Cliff Richards who is the President of the Hale Foundation located in Augusta, Georgia.  He along with Patrick Cullinan, asked for our help to host a fundraising Gala in North Augusta, South Carolina this coming fall which is now known as the “Sunset on the Savannah Gala” on September 26th at the Crowne Plaza.

To know Cliff, he is a funny, friendly good ole Georgia boy.  It’s easy to like and get close to him right from the start because of his personality.  He is warm and inviting and can’t do enough for his friends and clients with the Hale Foundation.  He is an immediate friend to all who have met and know him.

Cliff recruited a “Rock Star” team of highly motivated volunteers and after being provided direction, they took off like a rocket.  They sold more financial sponsorship's in such a short amount of time than I have ever seen before.  They also had many of the auction items sponsored and were closing in on a very early sell out based on the number of sponsors they had.

Then COVID-19 hit like a meteor.  Everything stopped suddenly, the entire country went into lock-down.  Small businesses were shut completely down, people were losing their jobs and businesses and families began to struggle.

One morning, I received a call from Cliff.  He asked how I was doing and was worried about my family and I since we were also shut down completely.  He then started off the conversation by saying “I know you’re not going to like this but…”  What Cliff told me honestly, sat me back in my chair speechless. 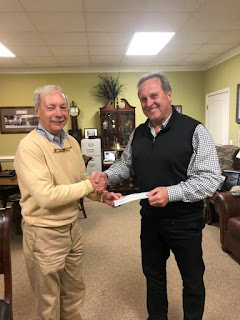 In a world of “what will you or are you doing for me?” or charity scams in a greed filled society, community, Cliff was thinking about all those who graciously became major financial sponsors.  Understand the it takes an enormous amount of money to do what the Hale Foundation does and is planning in regard to Valor Station, Cliff was not thinking of his own needs or the foundations.  I still remember his Georgia southern draw saying “I’m returning the money given to us from our sponsors since most are small businesses and they are going to struggle during this.  I know you’ll think I’m crazy for giving them their money back but it’s the right thing to do.”  I asked myself “Am I hearing this right?  Is Cliff actually taking money he needs and giving it back to his donors because he cares about them and their livelihoods?”  I was astonished and replied “No Cliff, I think it’s amazing that you would do that and in fact, you’re the first person I have ever heard even go that far taking care of those who were taking care of you.” 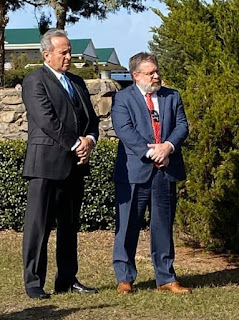 Many can learn a lot from Cliff Richards.  He thought beyond himself and the needs of his own charity, but thought of his supporters first.  That is the mark of a true leader and the definition of integrity and giving.  He knew that they gave when times were good but now that they are worried, he knew that the money they gave easily should be given back to help them.

You couldn't find two better men than Cliff Richards and Patrick Cullinan who live their lives to serve and help First Responders nationwide.

Cliff, I applaud you sir, you are a remarkable man and I am proud to know you.  I am humbled by your selfless act of giving and supporting your supporters.  I appreciate you more than you know and speaking on behalf of our entire team from BW Unlimited Charity Fundraising, thank you for all you have done and continue to do. 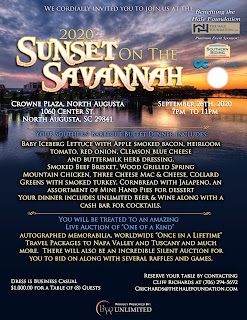 To learn more about the Hale Foundation's upcoming event "Sunset on the Savannah Gala" on September 26th - go to Facebook at this link:

Or contact them directly on how to sponsor or to purchase tickets via the contact information on the flyer.

If you would like to learn more about how we can help you, contact us at www.BWUnlimited.com.

Posted by bwunlimited at 10:00 AM No comments: