How did you get your start as a Fundraiser? 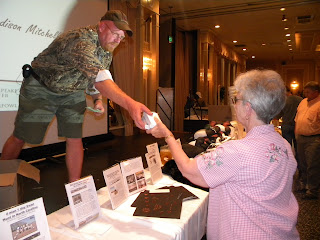 Over the years, I have had many people ask me “Where did this all start?”  or “How did you get your start?”  While reviewing old photo's, I realized how far I've came.


Trying to summarize many many years of experience, it all started when a friend asked “Hey, do you want to go to a banquet?”


Many years ago, a friend asked me to attend a Rocky Mountain Elk Foundation banquet.  From that, I became involved in the fundraising committee.  After becoming the Chapter Chairman, the banquet soon broke records for Net proceeds raised and Life Memberships sold – breaking records across the country.


Several years later, I became involved with Delta Waterfowl – as a volunteer chairman.  The very first year, the fundraiser we hosted, was the largest ever in the history of the charity. 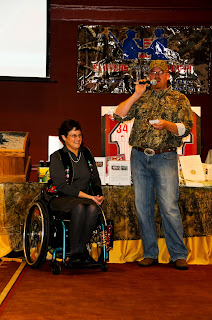 Long story short, I really liked fundraising and hosting an awesome event.  In fact, from my time with the Elk Foundation, people wondered why we were able to raise a record amount of money in a state without elk – it was all about the event.  Creating a fantastic event draws people from far and wide.  Unbelievably, these events became nationally known with people flying in to attend.  No one wanted to miss them.


Through the committee which became a tight knit army, we did incredible things for these two charities.  The committee pulled together and hosted an incredible, memorable event.  As the guest count grew to over 700 people, the work load (remember as a volunteer) became daunting to say the least.  With proper motivation and a commitment to the cause, we broke new records and presented everyone there the best time possible.    You would not believe how much people were spending money, donating to the cause – why?  Because of the event, everyone became absorbed in the excitement, described perfectly as a “Controlled Three Ring Circus” with me acting at the Ring Leader.


From there, a friend came to me and said “Why don’t you start a business helping charities?”  Then, over eight (8) years ago, there weren’t companies like BW Unlimited Charity Fundraising.  From the start, as soon as I knew I wanted to begin the journey, it was an absolute uphill battle.  See, since there wasn’t a company like the one that I had planned in my head, accepting my help was something people did not realize they needed.  It took years of dedication, proving my worth over and over again.  I can remember sitting in my chair till 3am with my lap top contacting charity after charity.


Than realizing what I needed to get the job done.  Designing the first website (now 3rd one) and so much more.  Time, mistakes both financial and physical, working and working to make it or break it.  I can remember travelling all over from New Jersey to New York, Pennsylvania, Maryland and Washington D.C. looking for my very first break which came from “Grinding it out.”  Educating charities about the possibilities of successful fundraising.  Learning the national trends, what works and what doesn’t – I learned while I was teaching. 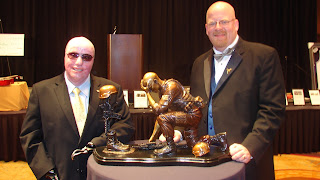 Then, after helping several charities, one of my clients said you need to get charities items for their auctions.  I started studying the possibilities and learned about Fraudulent Autograph Providers – aka Counterfeiters.  After years and years of speaking to endless people, BW Unlimited Charity Fundraising became a nationally known company.  With successful event after event, working with Celebrities, The White House, The NFL, the Armed Forces and many more – we are here today.  Still “Grinding it out” – constantly keeping pace, being known for providing incredible service and 100% authentic Auction Items to charities all across North America.
I'm lucky enough to have been able to travel all over the country helping charities from Baltimore to California, Michigan to Texas, Seattle to Florida.  BW has shipped to events just about everywhere, as far away as Alaska.

Posted by bwunlimited at 2:43 PM No comments:

Donations - Good or Bad? If so, which ones?

Posted by bwunlimited at 3:11 PM No comments: